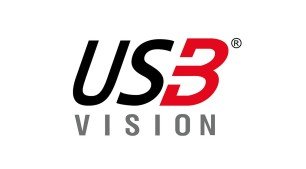 In recent years USB 3.0 has developed into a major interface technology for industrial, medical and mass-market applications. From a technical standpoint, USB 3.0 is notable for transfer bandwidths of up to 350 MB/s. USB 3.0 is also completely plug and play ready. Thanks to its real-time compatibility and high bandwidth, USB 3.0 is poised in the medium term to replace two old, slower interfaces on the vision market — FireWire and USB 2.0.

The USB 3.0 interface has recently been renamed USB 3.1 Gen 1. The terms are synonymous, as there is no technical difference between the two products. It is, however, different from USB 3.1 Gen 2, the latest generation of this interface. USB 3.1 Gen 2 is also called USB Superspeed+, as it offers an even higher maximum bandwidth than its predecessor. USB 3.1 Gen 2 is still quite rare at present and is typically encountered only in development and test projects. Few devices currently support USB 3.1 Gen 2.

Nevertheless, users should evaluate which interface best meets their own individual needs. Each interface on the market has its own strengths and must be selected to match the application. USB 3.0 truly impresses when it comes to bandwidth and plug and play compatibility, while GigE offers better performance in terms of cable length (up to 100 meters) and compatibility with multi-camera setups.

As for the GigE interface, which is defined as part of the GigE Vision standard, the USB 3.0 interface is also subject to a standard for industrial machine vision: the USB3 Vision standard. This standard was officially ratified in January 2013. It is hosted by the AIA (Automated Imaging Association) and serves as the official standard for the USB 3.0 interface when used in the image processing industry. As one of the founding members of that organization, Basler played a significant role in its creation.

The standard is intended to create uniform rules for the structure of USB 3.0 communication and configurations. Standards of this kind are essential in preventing a proliferation of countless incompatible accessories and proprietary solutions from individual manufacturers — a confusing nightmare for end users.

Before the publication of the USB3 Vision standard, there was no norm for USB devices in the image procession industry. Until then, various camera makers had simply launched their own different proprietary solutions based around the USB 2.0 interface used on the mass market. This was generally not enough to ensure the stability and durability of the components and the robustness of the overall solution at the levels required for industrial applications. History has shown that the logical implementation of an interface and an accompanying standard are crucial for the successful penetration and widespread establishment of a given interface technology on the industrial image processing market.

The design of the USB3 Vision standard draws on the GenICam standard, the common programming interface for all modern industrial camera interfaces. USB3 Vision and GenICam deliver users with stability and low latency values during image transfer and controlling of cameras. The use of USB3 Vision-certified cameras, software and accessories offer many benefits to users: a variety of different cameras can be used, and it is easy to swap out parts; there are also established communication protocols for the different hardware and software components in the system setup.

The USB3 Vision standard also harmonizes the mechanical designs, such as how cable connectors must be designed to screw down. This increases the robustness of the interface and ensures the interchangeability of components.

The USB3 Vision standard defines its own transport layers specially adapted to the needs of vision technology. This includes the Control Transport Layer and the Event Transport Layer to transfer asynchronous events from the device to the host, and the Stream Transport Layer that ensures that data can be transported reliably, quickly and with a low overhead.

Our helpful Vision System Configurator provides an overview of all Basler USB 3.0 cameras. The tool determines the right cameras for your needs based on a variety of criteria, including resolution, sensor and optic dimensions.

Do you have questions about the benefits of the USB 3.0 technology? Want to find out whether a USB 3.0 camera is right for your application?
We would be pleased to assist you.