Using graphical FPGA programming with VisualApplets, appropriate network architectures of varying sizes and complexities can be integrated, and pre-trained configuration parameters for network weights can be loaded for a variety of image processing applications. In so doing, information about networks and parameters from third-party software and training tools such as TensorFlow are also imported. New weights are easy to load, as long as the network remains unchanged. Retraining activities, such as those for new work pieces in production, occur with relatively little effort. Should the test environment or objects change, the retrained images are reloaded via a new weights parameter set or as a new network.

The FPGA enables processing of image data directly on a frame grabber or an embedded vision device — from image acquisition to analysis result — without burdening the CPU, which is important for CPU-intensive applications such as CNNs. Thus, smaller PCs without GPUs can be used, reducing overall system costs. 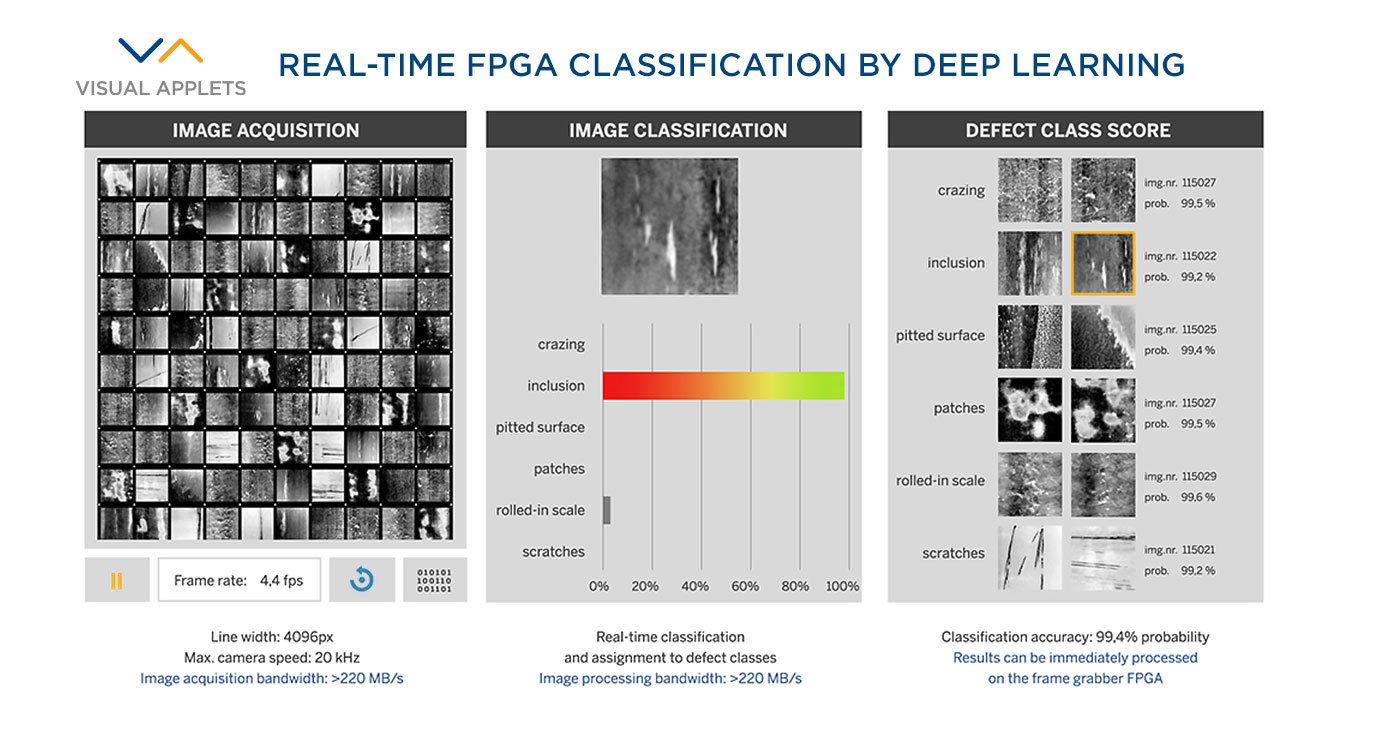 Larger FPGA resources make it possible to implement more complex architectures and thus applications at concurrently higher bandwidths. Future generations of frame grabbers will be equipped from the outset with appropriate power for the inference of very large neural networks. Users can continue to use their existing image processing system consisting of cameras, cables, lighting, sensors, and actuators.

Due to the high number of inquiries, we are already offering services as complete development or as implementation support today. An expansion of VisualApplets for self-programming is planned and will be released at a later date. 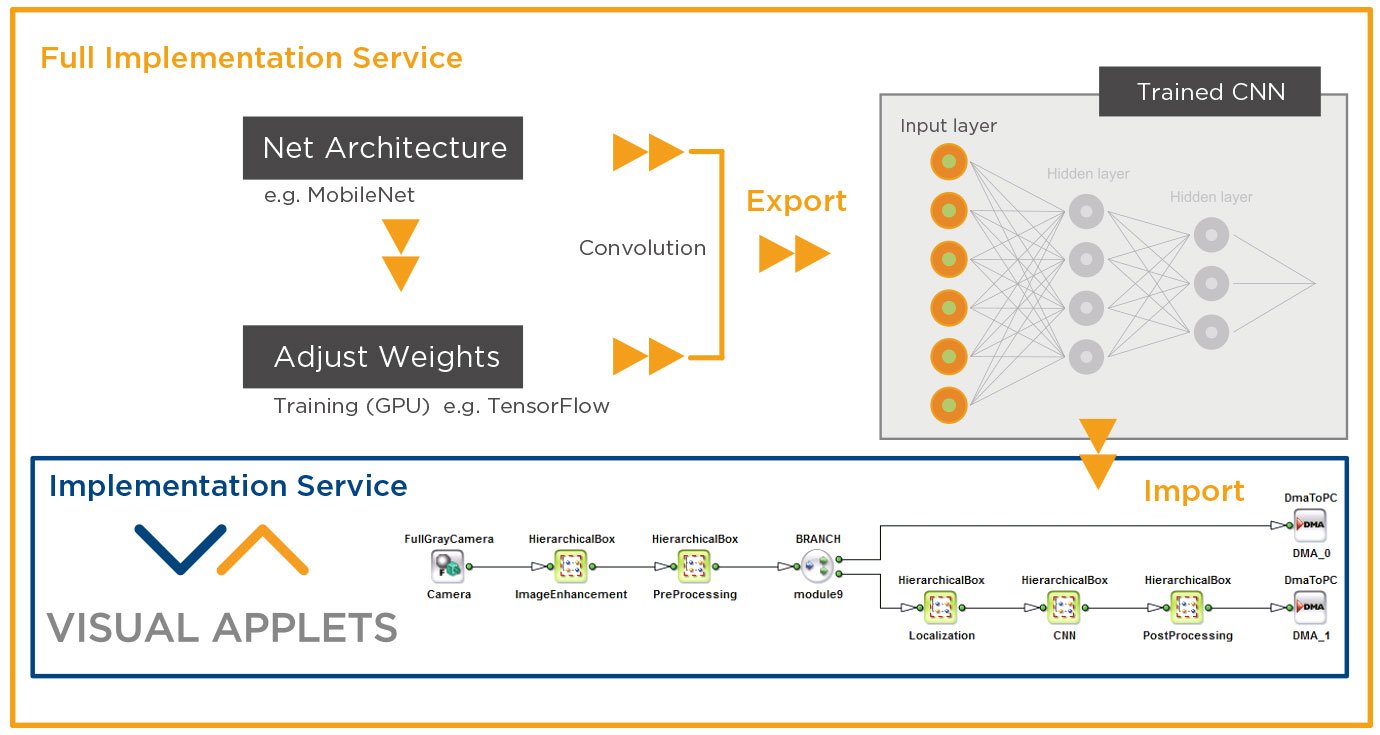 For implementing FPGA-based deep learning applications, we offer our customers and partners a CNN run time license with two service packages, each geared to their level of experience with deep learning. If they have already constructed and trained a network, we can transfer and implement it, together with the weights (parameters) onto the frame grabber FPGA (implementation service).

Otherwise, we can completely take over network construction and training as well as FPGA implementation for them (development service). In both cases, our delivery is tested and documented at the desired bandwidth and accuracy, while the user retains the CNN intellectual property.

We Are Happy to Assist You