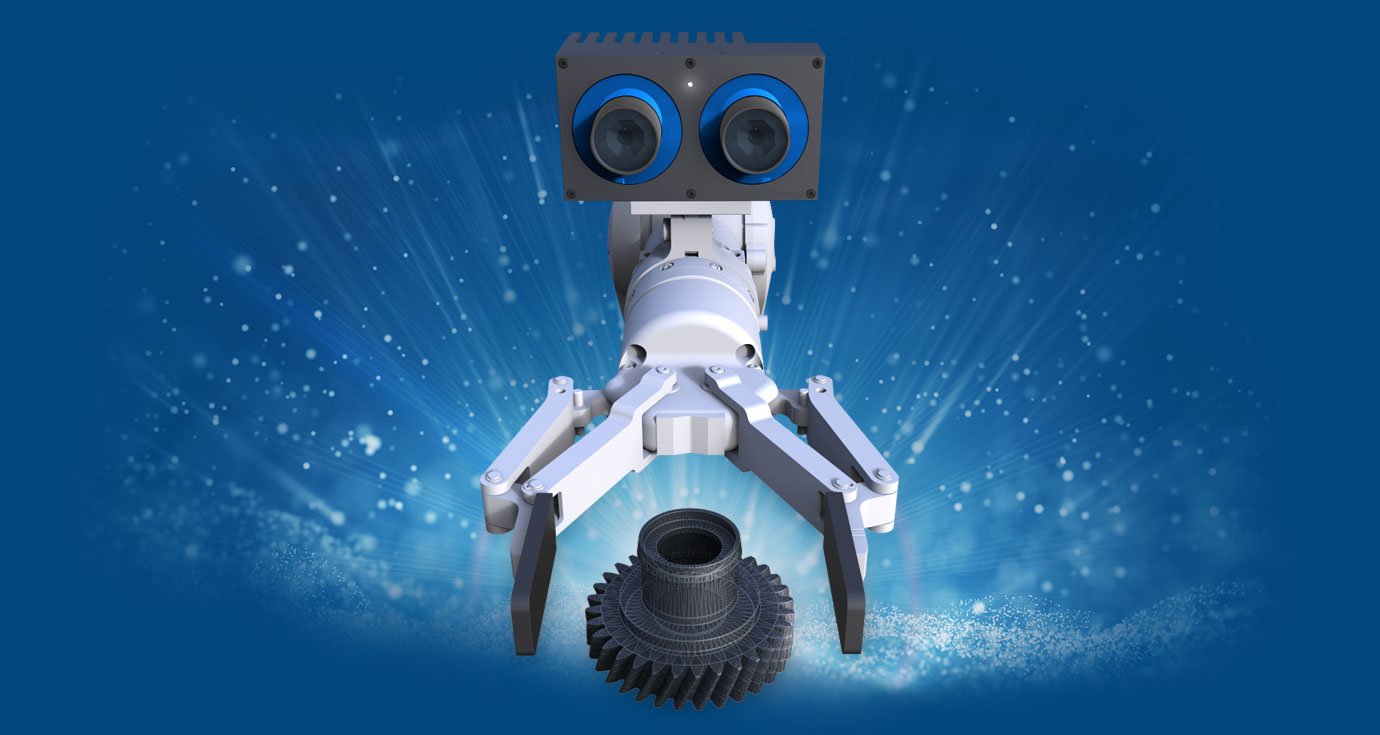 Designed to make your robots perform at their best. Suitable for typical robotics applications such as object recognition, picking tasks and navigation, the plug-and-play software modules are easy to activate and intuitive to use. Choose from the application-specific modules exactly the ones you need for your individual requirements and keep your overall system costs low. 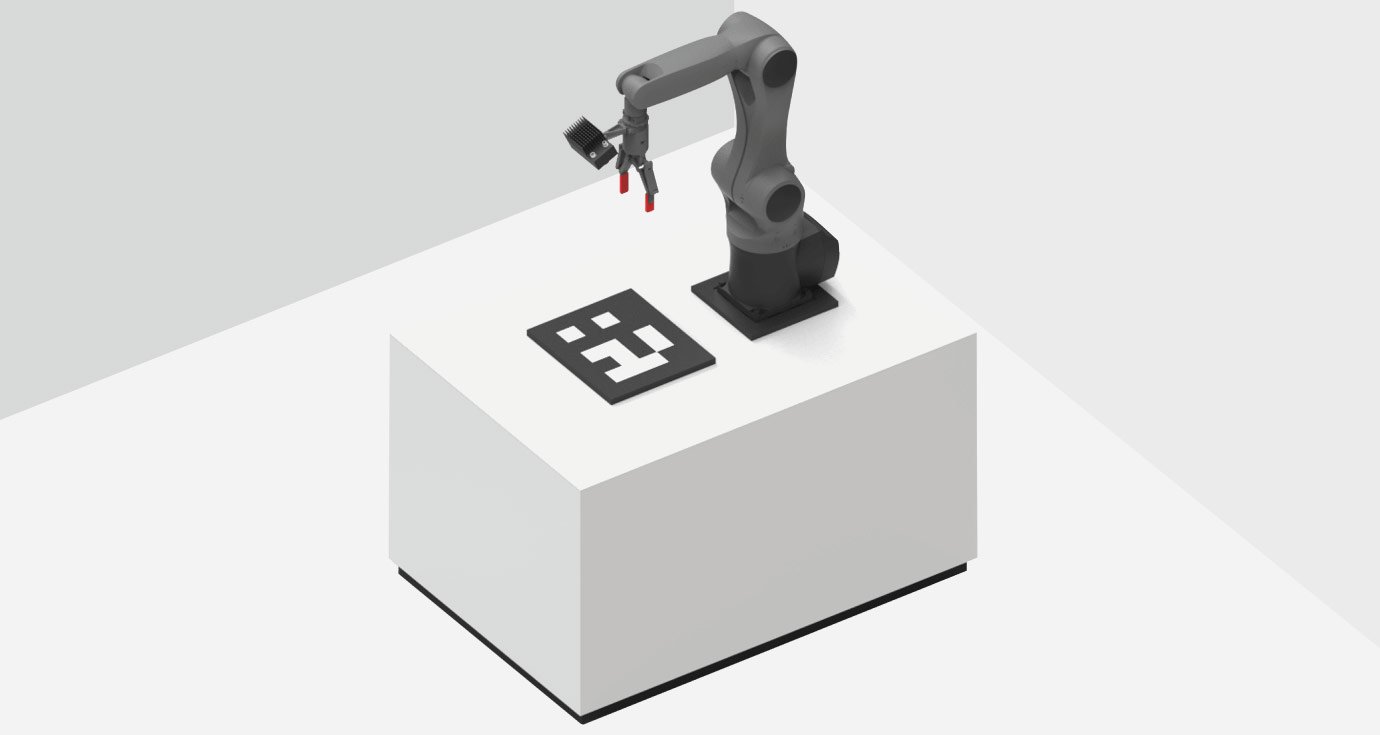 The 3D TagDetect Module enables a robust detection of AprilTags and QR codes which makes it a fundamental component for the efficient identification and manipulation of labelled objects, such as in pick-and-place applications.

This software module is included in the standard onboard software package for the Basler Stereo Camera series. It does not have to be purchased separately.

The 3D TagDetect Module not only detects AprilTags and QR codes on objects, it also calculates the 3D position and orientation of each tag relative to the camera, all with a detection time of less than one second.

The module is a fundamental component for the efficient identification and manipulation of labelled objects, e.g. in pick-and-place applications. Further, it can significantly facilitate mobile applications as the Basler Stereo Camera can localize itself in space using pre-installed QR codes or AprilTags as a reference.

3D TagDetect is included in the standard onboard software package for the Basler Stereo Camera series. 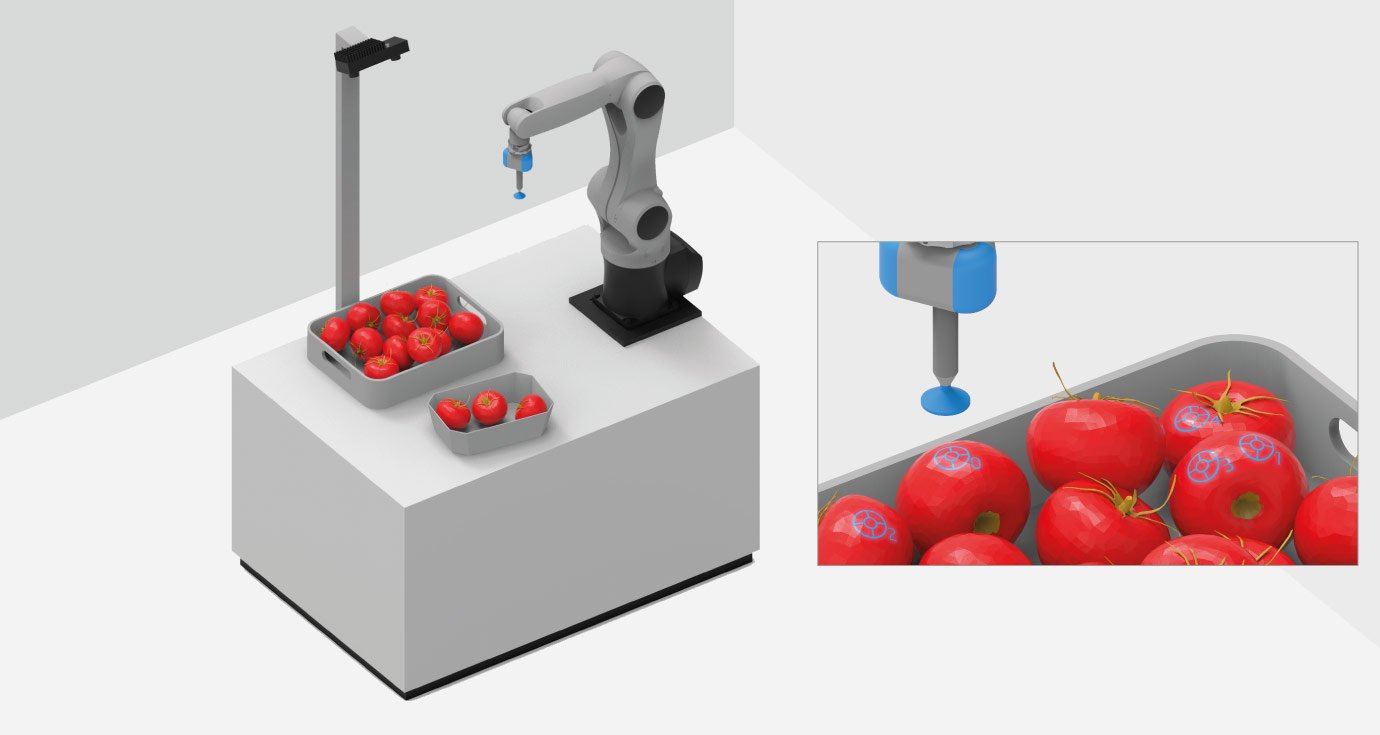 The 3D ItemPick Module is an ideal choice for robotic pick-and-place systems that operate with suction grippers, as it calculates surface grasp points on given objects.

Equipped with the 3D ItemPick Module, the Basler Stereo Camera computes a configurable number of grasp poses for a suction device on all objects detected in a pre-defined workspace. The module can be easily activated onboard any model of Basler’s Stereo Camera series, and operated through the camera’s standard interface.

The calculation proposes a quality-based grasp order. Each suggested grasp includes a quality value related to the surface available for grasping. The 3D ItemPick Module can be used with any common type of suction device, as its size can be specified individually, and it works on any kind of object.

The workspace can either be defined manually by defining a region of interest or automatically by detecting a bin or box, for example. For particularly difficult workspaces or objects, the 3D ItemPick Module can be enhanced by equipping the Basler Stereo Camera with the Stereo Camera randomdot projector 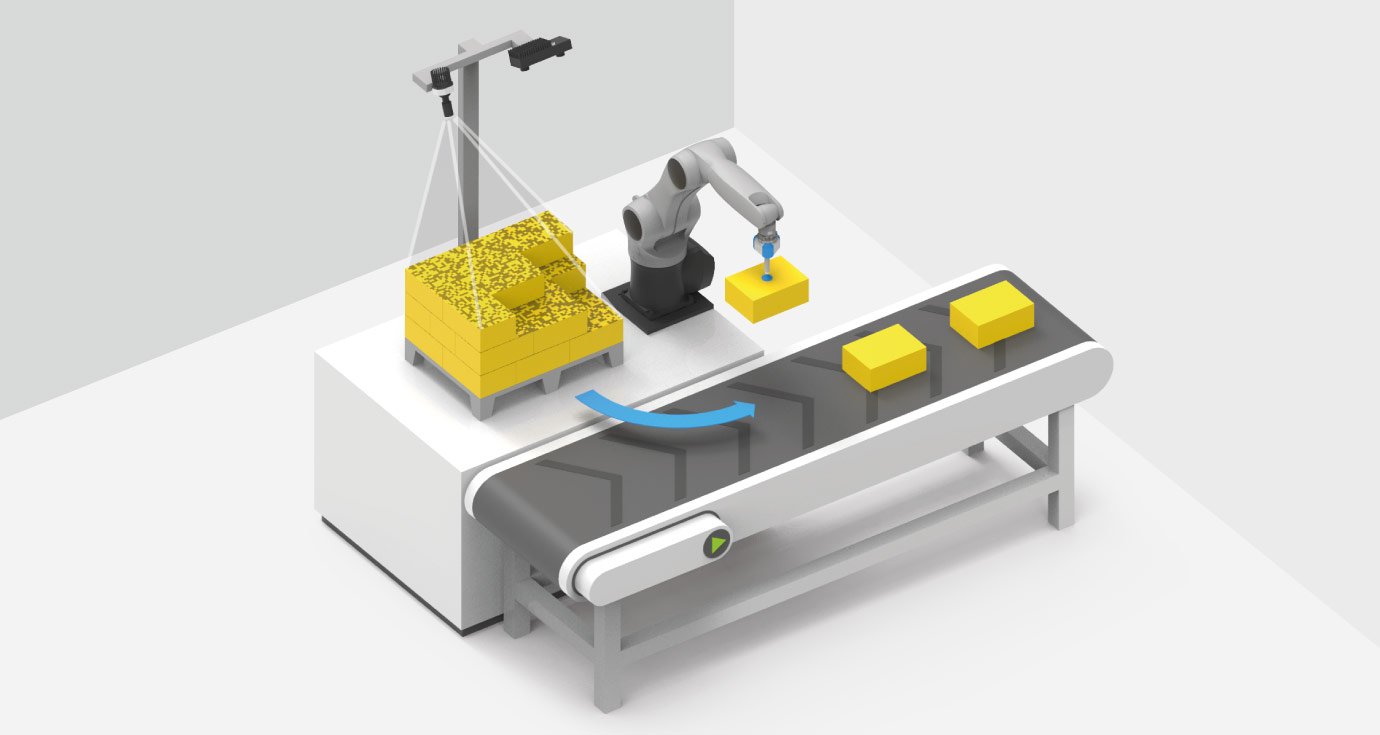 The 3D BoxPick Module enables the robot to detect the position, orientation and size of stationary rectangular objects, and to place them in a defined position.

As an optional onboard component of the Basler Stereo Camera, it provides a perception solution for pick-and-place applications such as palletizing and de-palletizing, or sorting of packages.

The optional 3D BoxPick Module for the Basler Stereo Camera Series allows robots to pick unordered and unsorted packages out of a bin and palletize these packages in a pre-defined oriented way. Obviously, it can also de-palletize objects to a conveyor belt, for cross-belt sorters, for example.

Using the Basler Stereo Camera randomdot Projector is crucial to support all kinds of surfaces, especially when the natural scene texture of a package is insufficient. The Projector’s ExposureActiveAlternate mode sets the output high during the exposure time for every image in order to improve the quality of the depth image for every image. 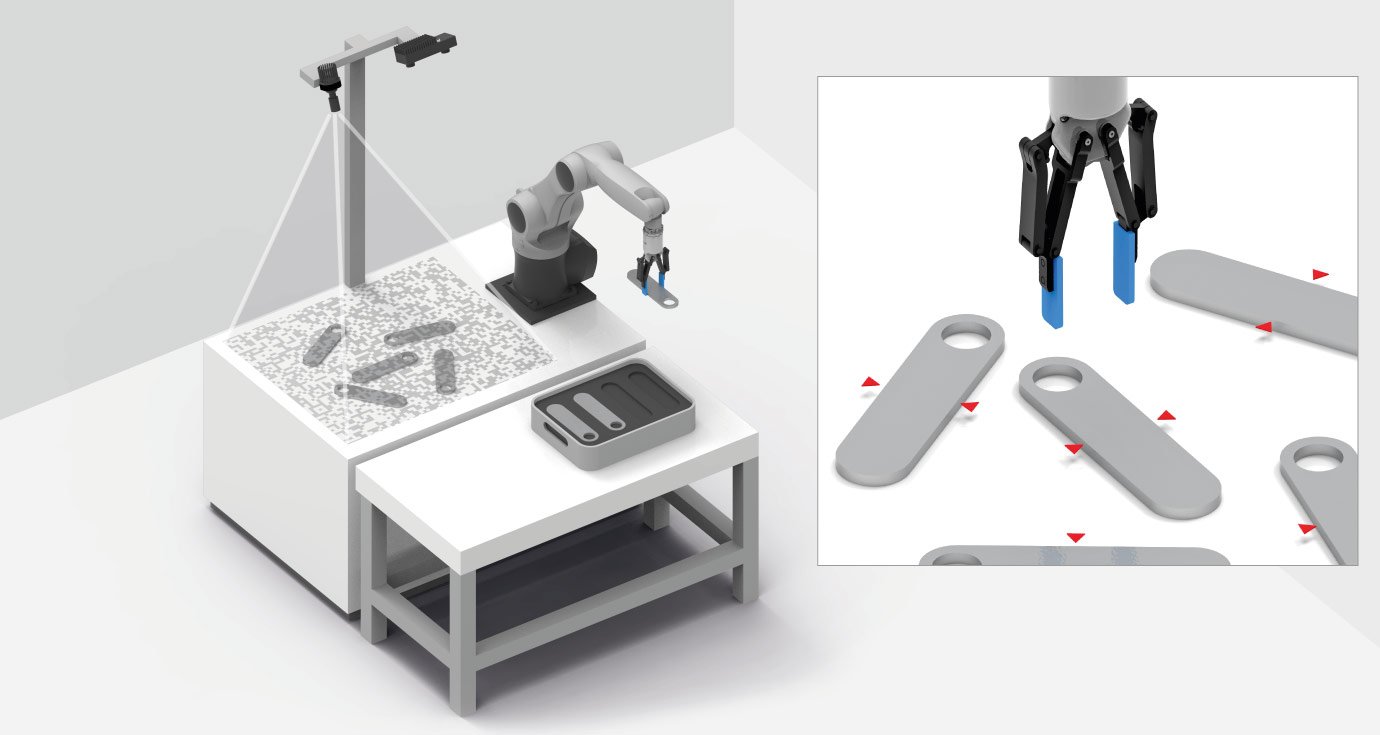 The 3D SilhouetteMatch Module lets robots detect the position and orientation of flat objects on a plane surface, by matching the specific scene against a previously taught template.

This optional module can be easily activated on any Basler Stereo Camera to determine the 3D position and orientation of each shallow object in an unmixed scene on an even surface.

Detecting flat objects on a plane surface: a challenging 3D vision task that becomes significantly easier with the use of the 3D SilhouetteMatch Module. This module is an optional software component for any Basler Stereo Camera and is operated through the cameras’s interface. Typical applications include emptying load carriers of several separated layers of objects or machine tending.

The 3D SilhouetteMatch Module requires a template of the objects that are to be detected.

Especially in cases when the base surface is detected using the Basler Stereo Camera’s point cloud, it is recommended to combine the module with the Stereo Camera randomdot Projector. 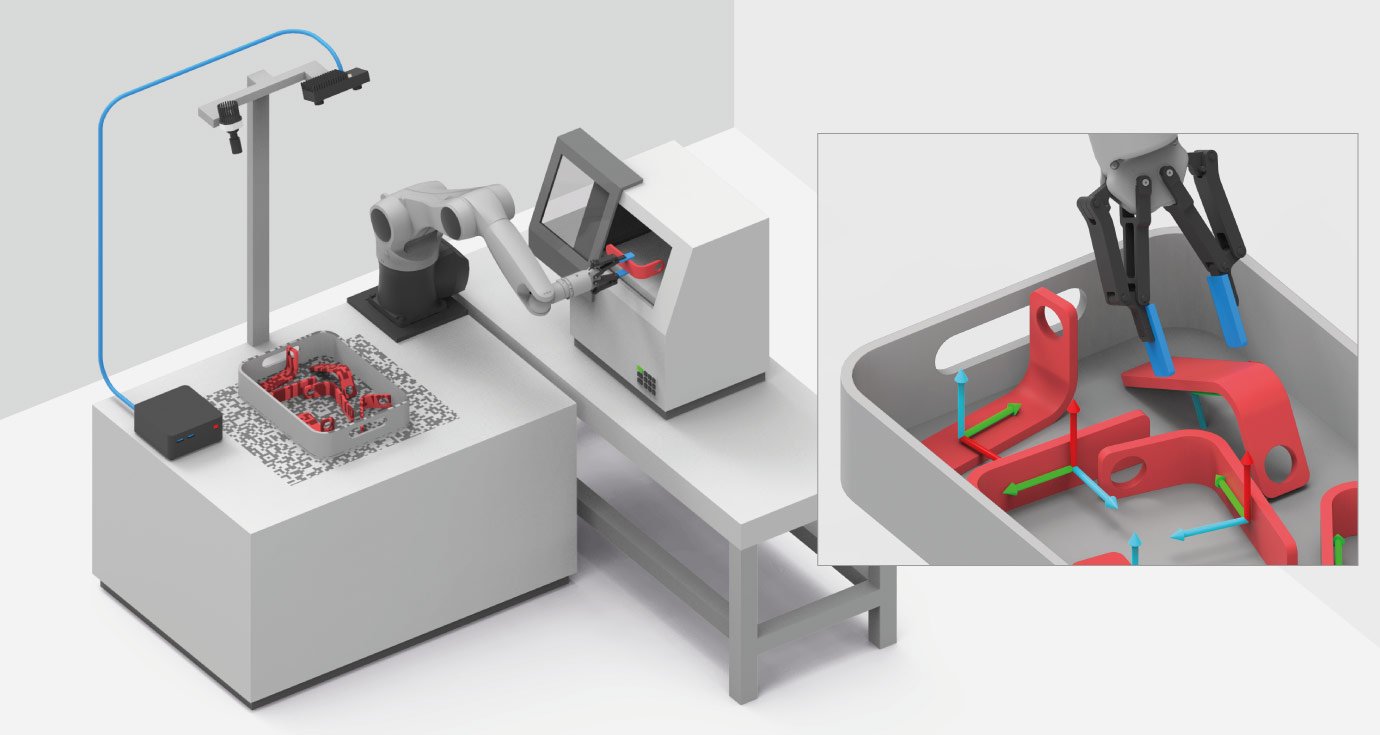 The 3D CADMatch Module enables the robot to reliably detect, localize and pick unmixed objects, based on CAD data and fully independent of the objects’ position and orientation.

This optional module is suitable for any Basler Stereo Camera and can help to increase the efficiency of production processes significantly, for example by automating machine tending.

A CAD model of an object, AppliedAI-based machine learning, and highly intuitive user interfaces: That’s how the CADMatch Module allows non-experts to configure grasp points and implement a pick-and-place application with no more than a few mouse clicks. The software module permits the specification of one or more grasp points per object, thus enabling a suction device or a two-finger gripper to reliably pick objects from a bin or cage.

All the 3D CADMatch Module requires is a template of the object to be detected to serve as input to an AppliedAI-based detection process. 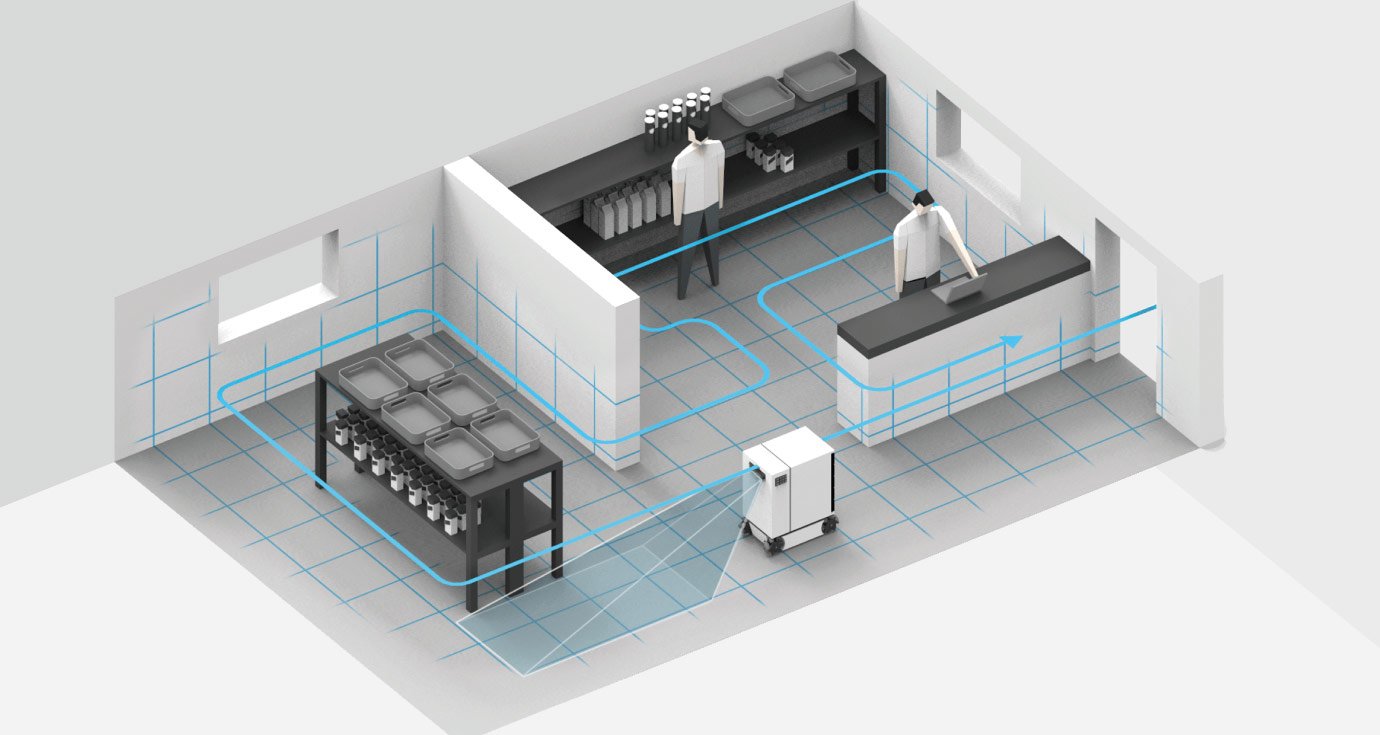 The 3D SLAM Module is a key element of most mobile navigation applications as it provides drift-free and accurate localization without GPS.

The 3D SLAM Module enables the Basler Stereo Camera to provide two essential prerequisites for a drift-free navigation: it captures its environment in a map and estimates its current location and recognizes places – all simultaneously.

This optional software component is recommended when mobile applications require longer robot trajectories within a confined area. It can be easily installed on any model of the Basler Stereo Camera series and is operated through the camera’s standard interface. The software recognizes places already visited and uses this recognition to optimize its pose estimate. The camera supports free movement in 3D, as it is not restricted to planar motion.

Please note that usage of the 3D SLAM Module is restricted to LOW-MEDIUM-HIGH resolution, which is entirely sufficient for conventional mobile navigation tasks. The module cannot be used with the FULL resolution stereo setting.

The SGM® Producer is a software library for running stereo matching processes on the graphics card of an external computer. It’s particularly useful when high-speed processing is crucial.

The Ethernet KRL Interface (EKI Bridge) allows communicating with the Basler Stereo Camera from KUKA KRL via KUKA.EthernetKRL XML. It enables the use of all onboard modules from KUKA KSS controllers without external IPC.

This software module is included in the standard onboard software package for the Basler Stereo Camera Series. It allows usage of the camera’s digital IOs to control external devices such as the Stereo Camera randomdot Projector.

Would you like to learn more about the Basler Application Software for Robotics?

Get in touch with us More details in Documentation

The complete product documentation as well as software modules are available here.

To the Quick Start Guide & Software 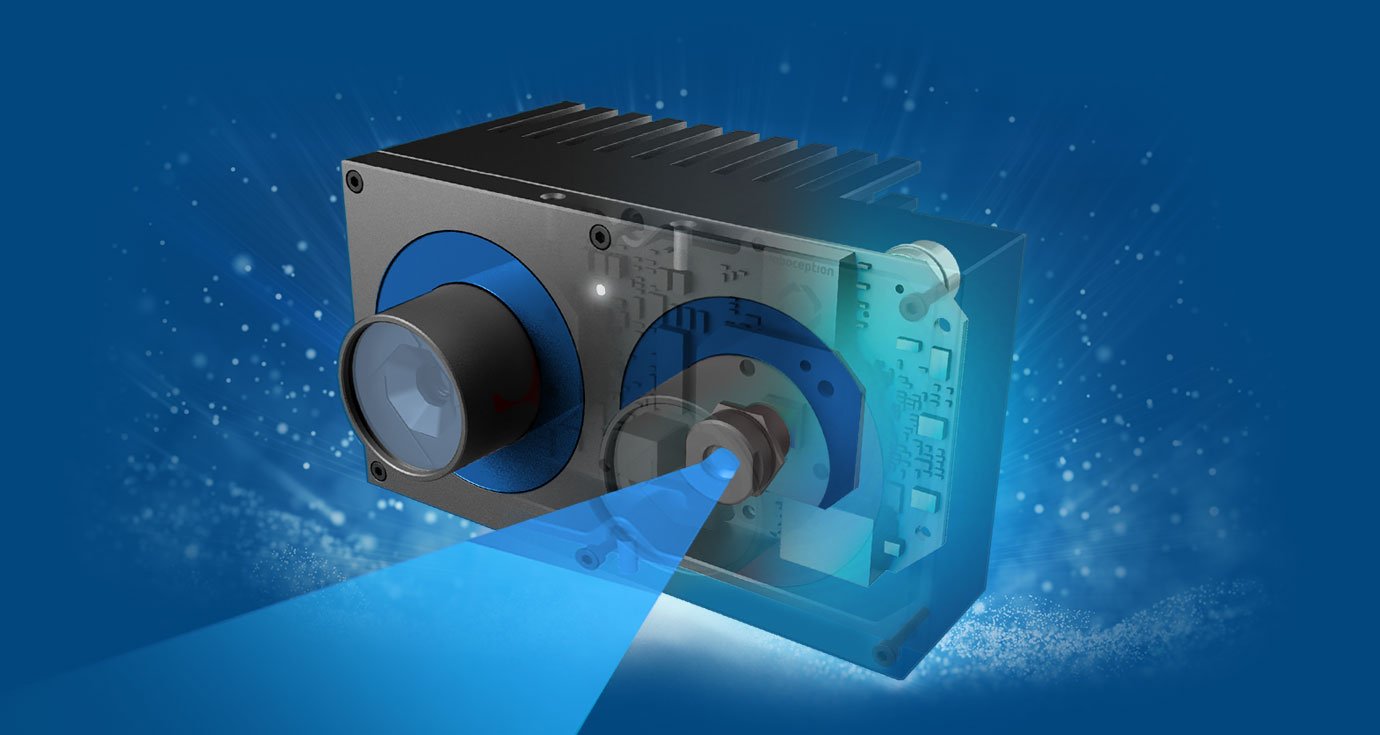 Choose between models of the Basler stereo camera series in two different baselines of 65 mm or 160 mm. Both are available in color and monochrome versions.

Get to know our Stereo Cameras

The Basler Stereo Cameras and application software are only available in EMEA and the USA.