The management board and the supervisory board declare that in the elapsed fiscal year 2020, Basler AG complied with the recommendations for conduct published in the Federal Gazette on March 20, 2020 pursuant to the amendment of December 16, 2019 made by the “Government Commission of the German Corporate Governance Code” (hereinafter called “code”) with the following exceptions:

B. Appointment of the management board

Mr. Alexander Temme was appointed to the management board with effect from January 1, 2021 for a term of four years ending on December 31, 2024. In this way, the company ensures that the contracts of the members of the management board expire with a time lag and that at no time two personnel decisions have to be made simultaneously in this body. In view of the fact that Mr. Temme moves into this position coming from a managerial activity of many years within the company combined with a high level of trust, the supervisory board considers this decision to be uncritical.

C. Composition of the Supervisory Board

In its proposals to the general meeting, the supervisory board will continue to observe legal requirements and give priority to women in case of equal qualification. In doing so, the company’s international activities, potential conflicts of interest as well as diversity will be considered. The decision on the candidates which the supervisory board considers to be the most appropriate ones, is to be taken whenever a new election is scheduled. The supervisory board and the management board do not consider it as useful to be bound to pre-formulated abstract targets for selecting candidates instead of freely deciding on a person which is available and seems to be most suitable for the position. Therefore, the supervisory board does not give concrete targets according to point C.1 DCGK (Deutscher Corporate Governance Kodex, German Corporate Governance Code) nor does it set an age limit for members of the supervisory board according to point C.2 DCGK. Subsequently, such targets will neither be taken into account for proposals to the responsible electoral bodies nor will be reported about their state of implementation.

G. Remuneration of the Management Board and the Supervisory Board

The remuneration system of the management board is based on a “bonus bank system“ which is set up as follows:

The total target achievement (-100 % to 400 %) is multiplied by the variable component of the target salary as defined above and results in the amount in Euro for the bonus entitlement of the respective member of the management board for the elapsed fiscal year. Accordingly, the bonus entitlement can amount from -25 % (malus) to +75 % of the target salary.

The bonus entitlement calculated in that way is not paid immediately. In order to do justice to the required sustainability and the multi-year assessment basis the bonus amounts are paid delayed by a bonus bank and are subject to the risk of a substantial decrease due to subsequent worsening of the situation. A separate account is kept for the bonus claims of each member of the management board.

The bonus or malus calculated for the elapsed fiscal year is booked to the individual account. Allowing for the previous balance this results in a current account balance. If this account balance is positive one third will be paid out. Two thirds will be forwarded to a new account and be considered in the next year. Negative balances must be compensated by positive balances or bonus deposits before payouts can be made by the bonus bank.

In order to create a special performance incentive for the management board and to motivate its members to work in the long run on increasing the value of the company, the supervisory board decided to convert a part of the bonus into shares. Since 2018, an individually fixed percentage part of the respective future claim for variable remuneration of above 100 % of target achievement will be granted in shares. Analogously, the above described bonus bank procedure comes into effect.

The total remuneration consists of the fixed salary (75 % of the target salary) and the payment made by the bonus bank.

In case of significant overachievement of the profitability and the growth target over several years a gradually increasing total remuneration of a maximum of 175 % of the target salary will be paid out.

This recommendation is deliberately not complied with. Instead, there is an annual strategy process in which the supervisory board and the management board agree on the medium- and long-term goals of the company and derive the short-term goals for the variable compensation.

The company considers a quota of 50 % of the variable compensation above this target level (overachievement) in the form of shares to be appropriate. Both the entry and the payment in the bonus bank are made in the same way as the procedure for variable compensation in cash. One third of the annual balance is paid out each year and two thirds are carried forward. 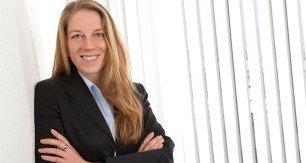