During the activation of frame grabbers, microDisplay X helps you test the entire system configuration, select and parameterize applets and perform camera settings. The tool enables an even more convenient system activation and contains additional performance features, such as the complete integration of the GenICam Explorer. In addition to direct access to camera registers, this makes it possible to conveniently configure the link topology for GenICam-compatible cameras (Camera Link and CoaXPress). The camera connection as well as the camera and frame grabber firmware can be configured and controlled and the settings can be saved – as an alternative to configuration via an SDK.

microDisplay X is provided and installed with runtime.

Benefit from the following advantages:

With the new, highly revised user interface, system builders are guided conveniently and reliably to the first image acquisition with a camera frame grabber system. After loading an applet appropriate for the camera and frame grabber, the applet window shows the frame grabber with the loaded applet and its processes. The camera’s input ports and DMA output ports are represented for each applet process and can be configured (the applet and camera settings for the image width and height should correspond, for example). The window also shows the DMAs activated for the applet during the image capture.

The tool supports continuous image acquisition as well as image sequences and still shots. After starting or finishing the image acquisition, it shows the individual images that are available for a detailed analysis in a separate window (zooming and scrolling through the images). Now line scan cameras can be activated more easily based on provided data about individual pixel values and the grey/color value distribution of a line. Instead of a camera, you can use the simulator integrated in the applets as an alternative image source for initial tests with the frame grabber. 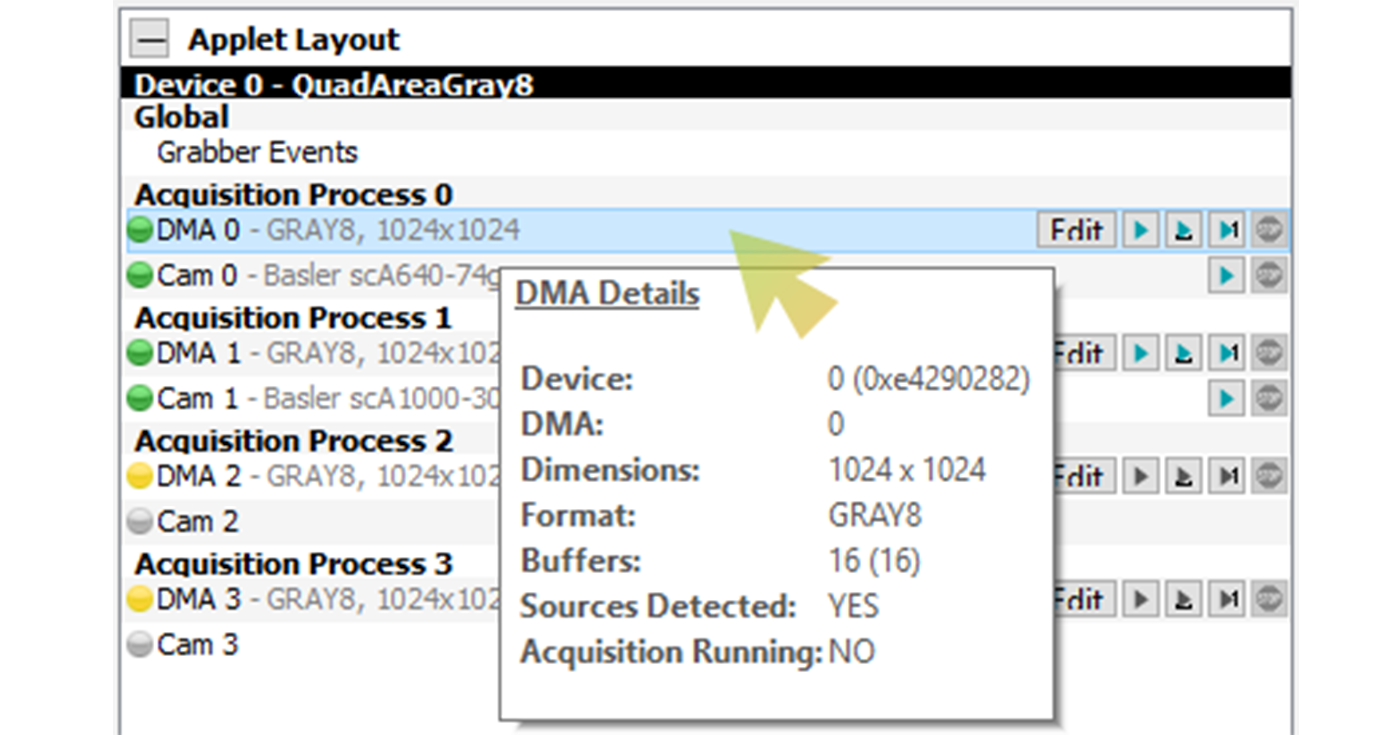 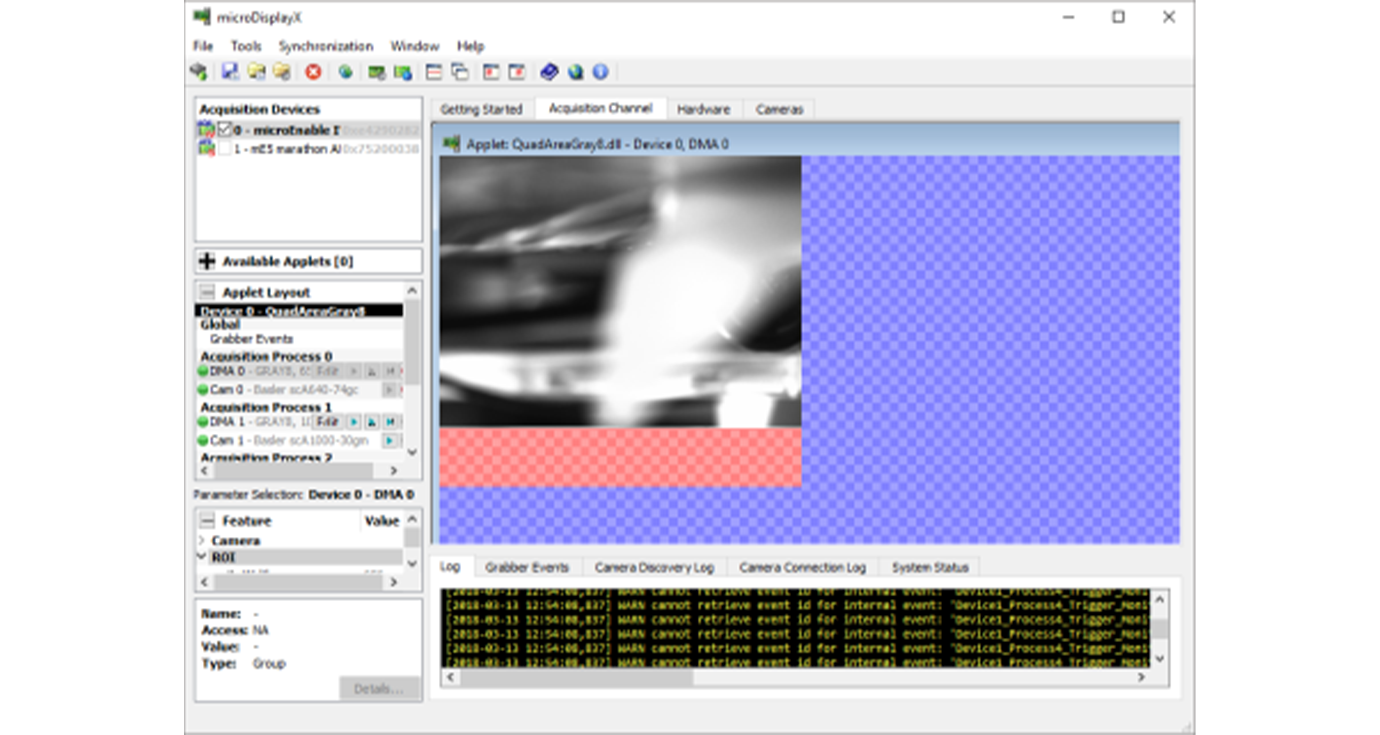 microDisplay X supports you in the activation of microEnable 5 and imaWorx frame grabbers.

Get Regular Information about Product Updates

You can register for regular product updates here.