Which application areas benefit from CoaXPress? 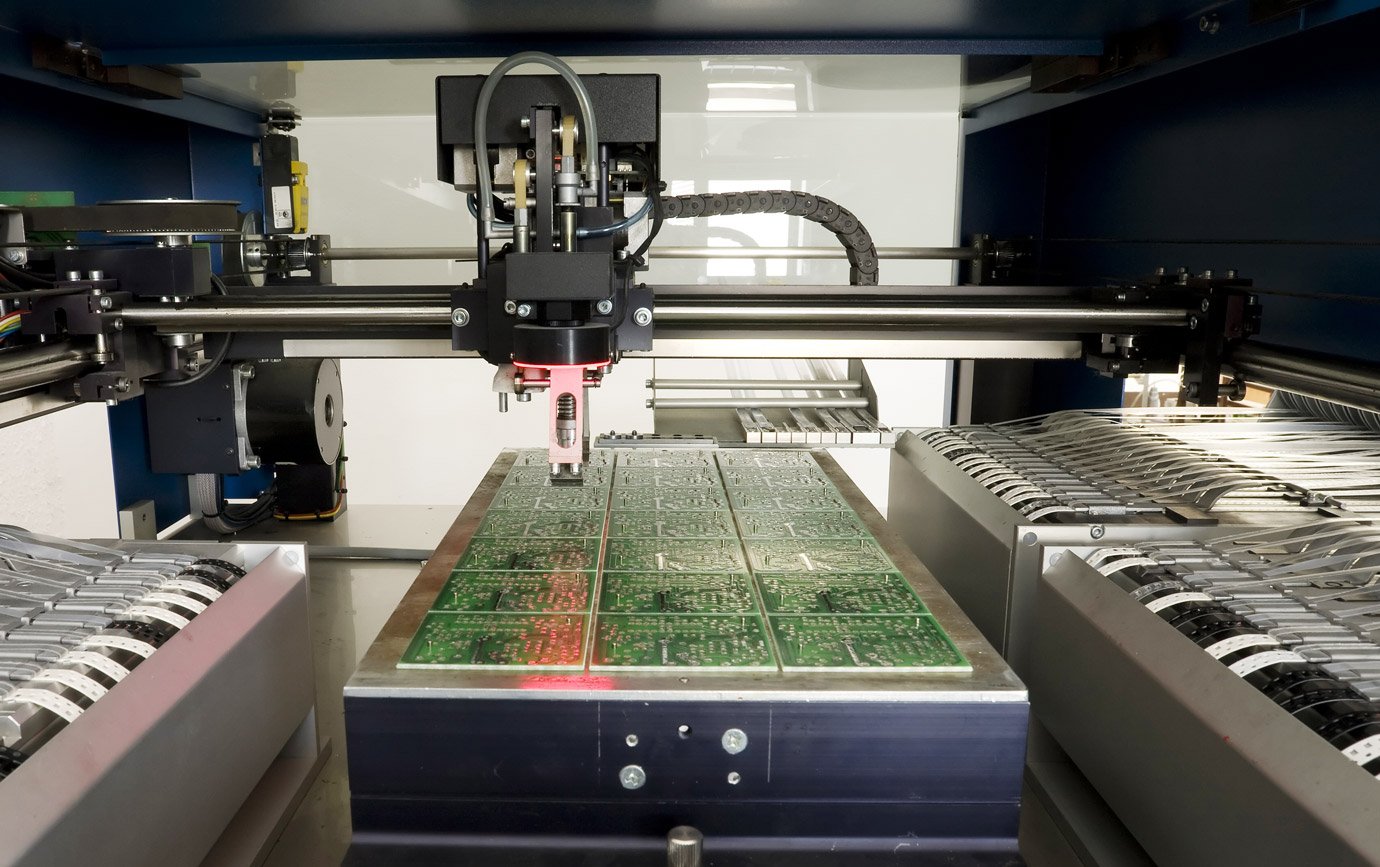 The two major advantages of the CoaXPress interface compared to other standards are the high data rates and the larger distances that can be bridged between camera and PC. These attributes are valuable for many applications and even offer possibilities for very sophisticated image processing solutions.

CoaXPress is particularly popular in the semiconductor industry. In 3D AOI systems (Automated Optical Inspection), for example, large amounts of data must be realized at high resolution without significant latency. Other applications include print inspection, food inspection, traffic technology (ITS), and medicine.

The USB 3.0 interface has established itself as a reliable option in industrial image processing. The USB3 Vision standard relies on this interface, which is also gaining increasing mass market acceptance. Thus, all laptops, PCs, tablets, and smartphones now have a USB 3.0 interface.

Gigabit Ethernet (GigE) has been an established standard in industrial image processing since 2006. Based on the number of installed applications, GigE is currently the most widely used interface technology for industrial digital cameras.

USB 3.0 and GigE have the advantage of not requiring any additional integration of plug-in cards in the PC. By contrast, the CoaXPress standard relies on a corresponding plug-in card inserted in the PC for data transfer. This is because CoaXPress, unlike USB or GigE, is not already part of the standard PC. The plug-in card also saves CPU load: without a special plug-in card, the high data rates typical of CoaXPress would put a heavy load on the CPU just to transfer image data. 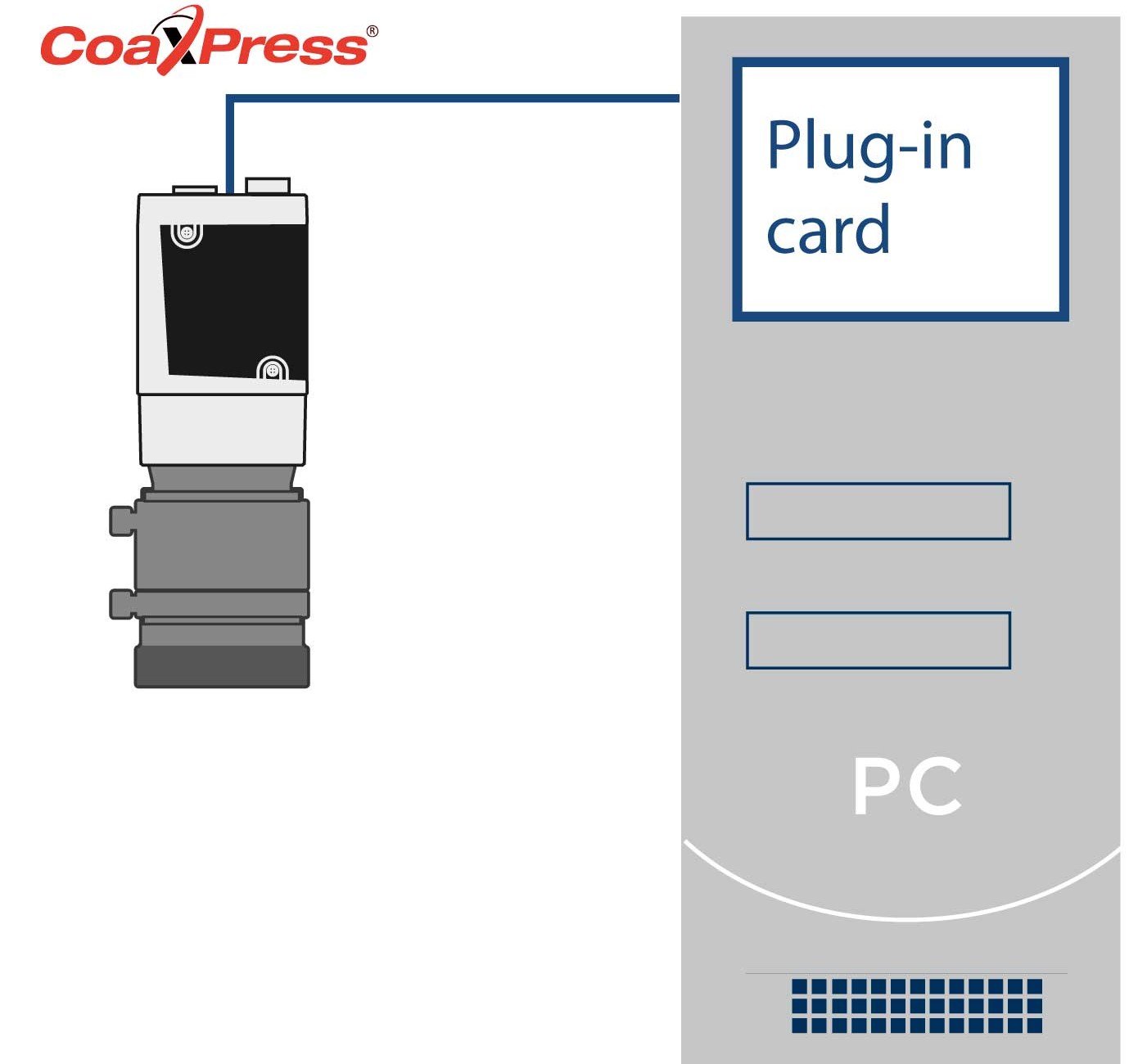 For the CoaXPress standard, the data transmission into the computer always requires the appropriate plug-in card.

What possibilities or advantages does an upgrade to CoaXPress 2.0 offer if your system previously ran on USB or GigE interfaces? Our table provides a brief overview of considerations when making a change: 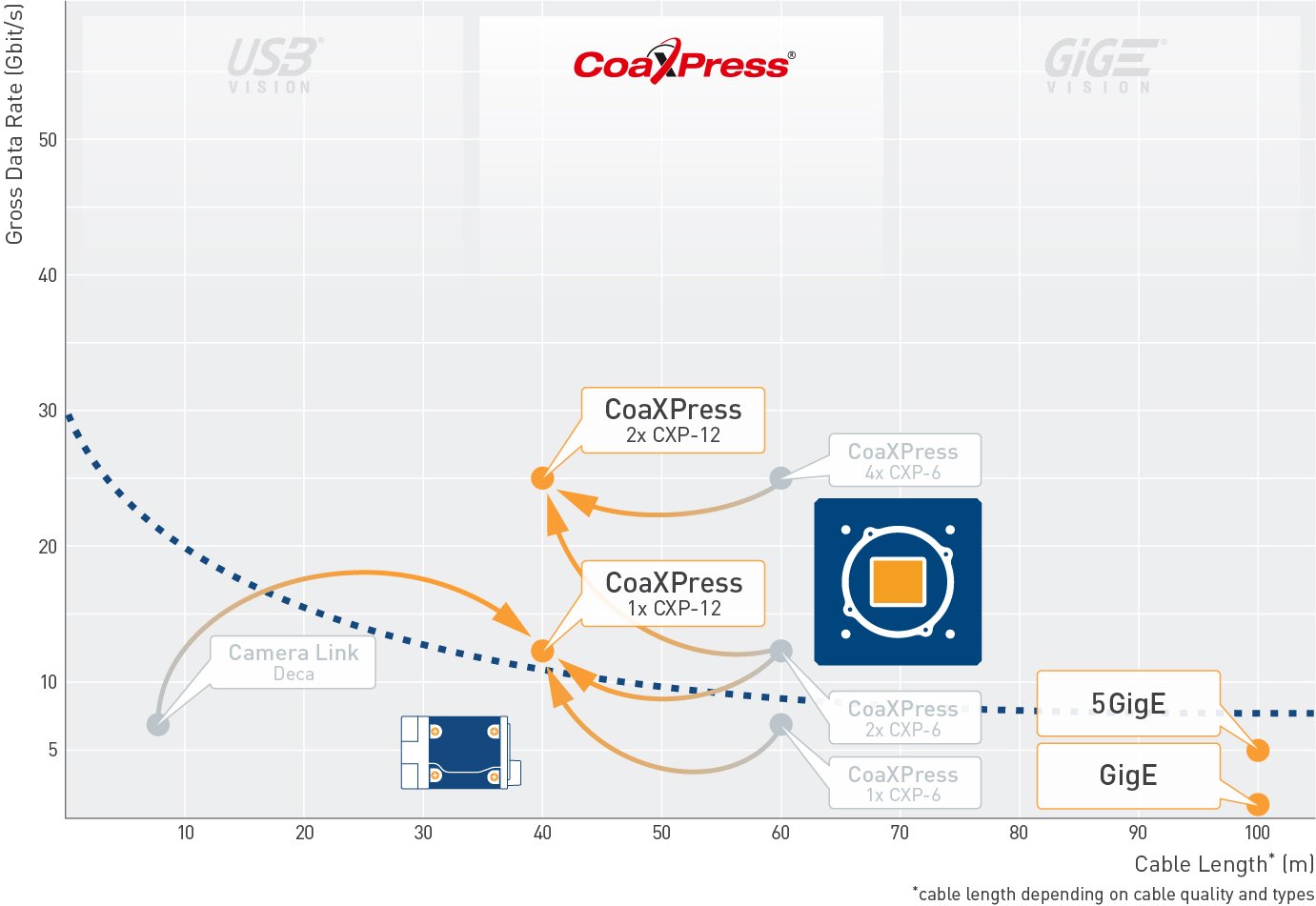 Cable length depending on cable quality and types.

What distinguishes the interface card from the frame grabber?

While either option could be used as the plug-in card to connect a CoaXPress camera to the PC, each provides certain benefits based on your application needs.

The term “frame grabber” originated in a time when the analog video signal first had to be digitized in the PC. Nowadays, the image is already digitized on the camera sensor and then transferred to the PC in digital form. Therefore, the frame grabber only provides the digital interface (GigE, USB, Camera Link, CoaXPress) and stores the image data temporarily. Some frame grabbers can also perform pre-processing of the data, e.g., binning or scaling. The data is written directly to the main memory via Direct Memory Access (DMA) without going through the PC's processor, significantly reducing the load on the CPU. The image data from the frame grabber is usually accessed via special software for image processing (e.g., Halcon) or standardized interfaces such as GenICam. The configuration effort and costs for a frame grabber system are comparatively high but are worthwhile in applications requiring data pre-processing.

In contrast to the frame grabber, an interface card is fairly simple. It completely dispenses with pre-processing, instead it only accepts image data from the camera connection and stores it directly in the working memory. Again, this bypasses the CPU via DMA to reduce the load on the CPU. By omitting the image processing on the interface card, the costs and configuration effort for this are lower compared to a frame grabber.

Large data volumes at high transmission speeds over long distances: the CoaXPress 2.0 standard for industrial image processing makes all this possible. Designed as a successor to the widely used Camera Link standard, this computer vision interface does require a corresponding interface card in the PC. However, this is not a disadvantage: by allowing the CPU to remain free of data transfer, it is fully available for image processing applications. Meanwhile large volumes of data are transferred, and additional preprocessing can be outsourced to the card.