Can you tell me how to optimize network parameters when I’m using the Basler GigE Vision Filter Driver with my Basler GigE camera?

To configure your network adapter:

Open a Network Connections window, right click on the name of the network adapter you want to configure, and select Properties from the drop down menu that appears. You'll see a Properties window for the LAN connection. 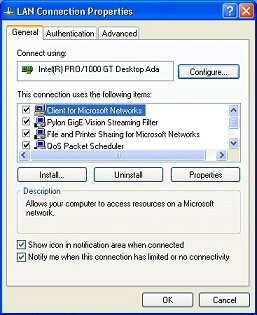 Click on the Configure button and a properties window for the adapter will open. Select the Advanced tab and find the parameter that sets the adapter’s speed and duplex mode. Set the value for auto detection. 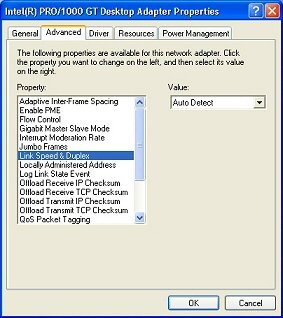 Find the parameter that determines the maximum size of an IP packet (typically called "Jumbo Frames") and set it to the maximum. 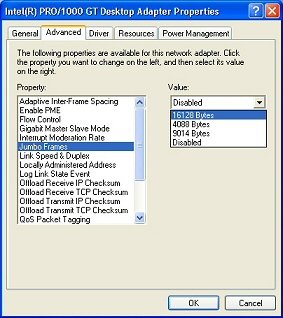 Find the parameter that sets the receive descriptors and set it to the maximum. 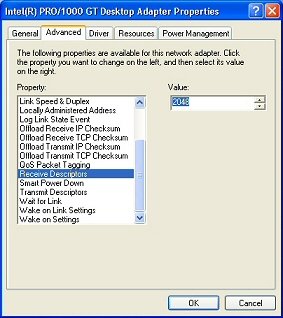 Configure the adapter so that it generates fewer CPU interrupts. With the Intel Pro 1000 adapter, for example, you would set the "Interrupt Moderation Rate" to "Extreme" instead of "Adaptive".

Click the OK button to save the changes you made. 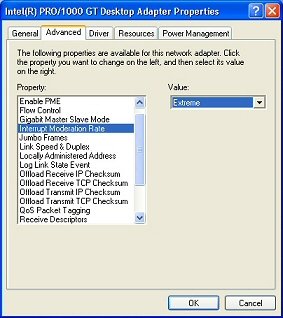 To configure your camera's network settings:

In general, the network settings on your camera can be left at default and they will work well. However, there are a few parameters that can have quite an impact on the behaviour of your system (i.e., your camera and PC).

Most camera settings can be changed using the Basler pylon Viewer or the pylon C++ API. If you use the pylon Viewer to make the changes, the viewer must be set at least to the "Expert" level to make the transport layer parameters visible.

When the camera transmits image data, the data is formed into what is known as GVSP packets. The packets are transmitted sequentially from the camera over an Ethernet cable to your PC. In the PC, the packets are reconstructed back into an image. The maximum size of one packet can be configured with a camera parameter called the Packet Size. The value of this parameter has an important impact on the CPU load in your PC - larger packets will significantly reduce the CPU load.

So you should try to set the Packet Size parameter to a value that is as large as the Jumbo Frame setting on your network adapter allows, but you should not exceed a value of around 9000 bytes. If you set it much larger than this, it could cause other problems. 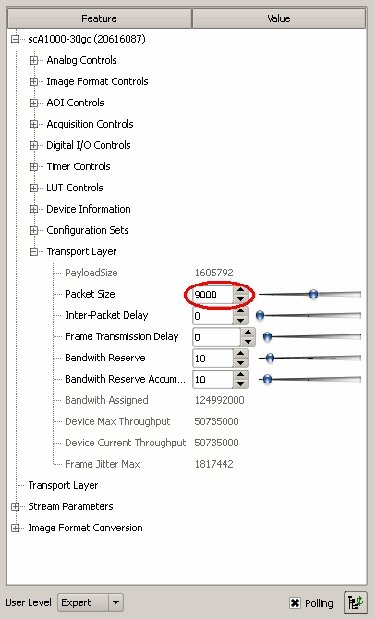